The Lore of the Dart 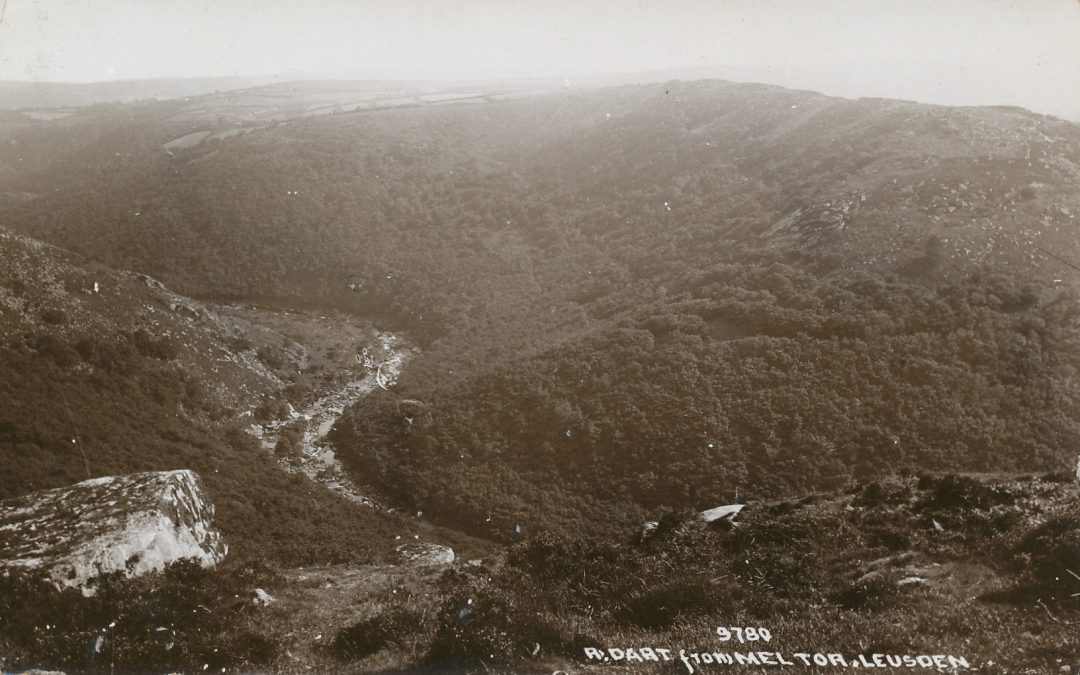 In a recent episode of ‘Sketches: A story of Art and People’ on Radio 4 (July 18th – On Dartmoor – available on BBC Sounds), the presenter Anna Freeman took a walk on the edges of Dartmoor with writer Tom Cox. During their discussion about the influence of Dartmoor on Tom’s writing he discussed the River Dart and that there is a saying about the river that “Every year it takes a heart”. Tom is at pains to explain that many people misinterpret that saying thinking that it means people fall in love with the river but it has a much more sinister meaning.

Within the Archive we have a book entitled ‘Folk Rhymes of Devon’ by William Crossing which was published in 1911. Within its pages is a chapter entitled ‘The Dart’ and underneath the heading these words:
River of Dart, oh, River of Dart!
Every year thou claimest a heart.

Crossing’s book explains that although the rhyme itself is a true Devonshire one, the superstition about the river that every year it claims a life, is not one that is confined purely to the Dart itself but to a great many of the rivers of Europe. It is therefore a widespread tradition that has attached itself to this Dartmoor river and which is recorded in the poem

The reason why this tradition has become connected more specifically to the River Dart, may lie in the fact that this river is particularly prone to sudden floods. People have in the past have regularly perished in these floods and it is seldom that a year passes without one or more cases of drowning being recorded.

Above: Dartmoor with the River Dart running through from Mel Tor, Leusden.
Below; A view of the River Dart painted by John Savery of Shilstone in 1811. 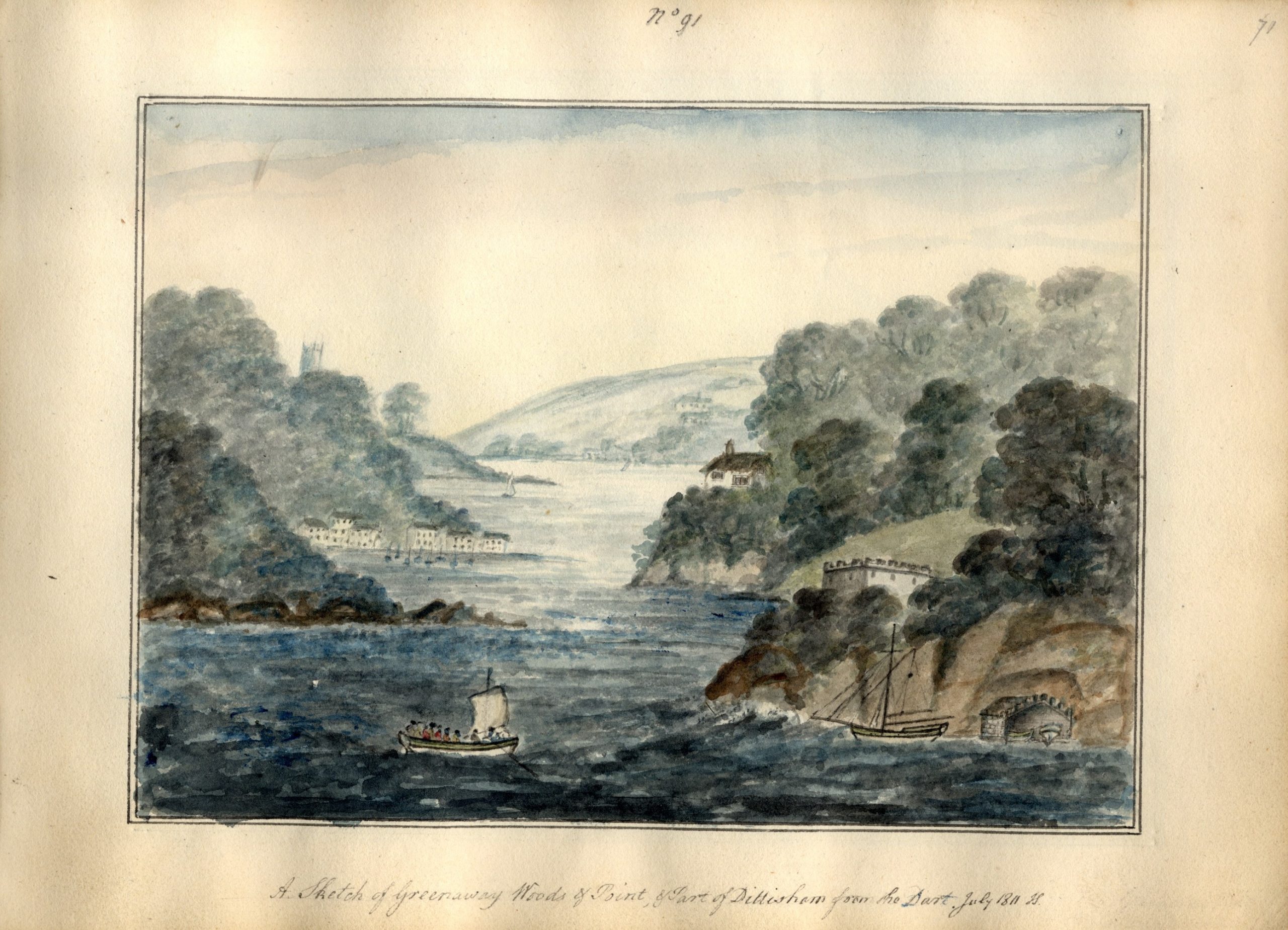