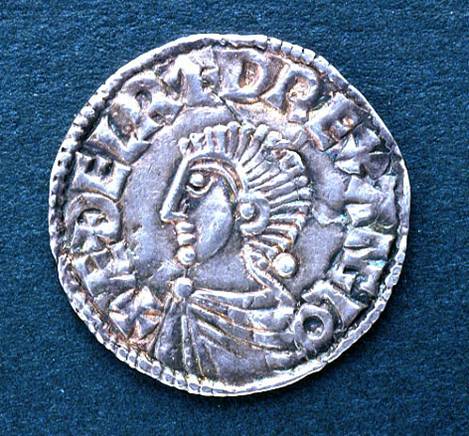 The Anglo-Saxon Mints of Devon.
An illustrated talk by John Allan on Thursday, 2nd February, 2023 at 7pm in The Devon Rural Archive.

The right to issue coins was a royal prerogative, and the operation of the currency an aspect of royal administration. Coinage was controlled centrally but production was dispersed. A mint was a privilege of a town, and in the last century of Anglo-Saxon England mints functioned at any one time in approximately 50 to 80 towns across England, including Exeter, Barnstaple, Totnes and Lydford in Devon.

At Lydford a mint is known to have operated within the Anglo-Saxon burh between AD c.973 and AD c.1050. No archaeological trace of it has been found, and all the conclusions which can be drawn about it arise only from the surviving coinage found principally in Scandinavia, especially Sweden. John Allan, who has given several talks at the DRA, will be able to tell us what is known about Devon’s Anglo-Saxon mints.

John Allan has been Consultant Archaeologist to the Dean and Chapter of Exeter Cathedral since 1990. He is also Archaeological Adviser to Glastonbury Abbey, a Fellow of the Society of Antiquaries of London, Senior Honorary Research Fellow of the University of Exeter and a past President of the Devon Archaeological Society, the Devonshire Association and the Friends of Devon’s Archives. For twenty years (1984-2004) he was Curator of Antiquities at Exeter Museum and is a leading specialist in the field of medieval pottery in the South West. John has published widely on aspects of medieval and later archaeology of South-West England in both national and foreign journals.