Tales from Jubilees Past: Part 3 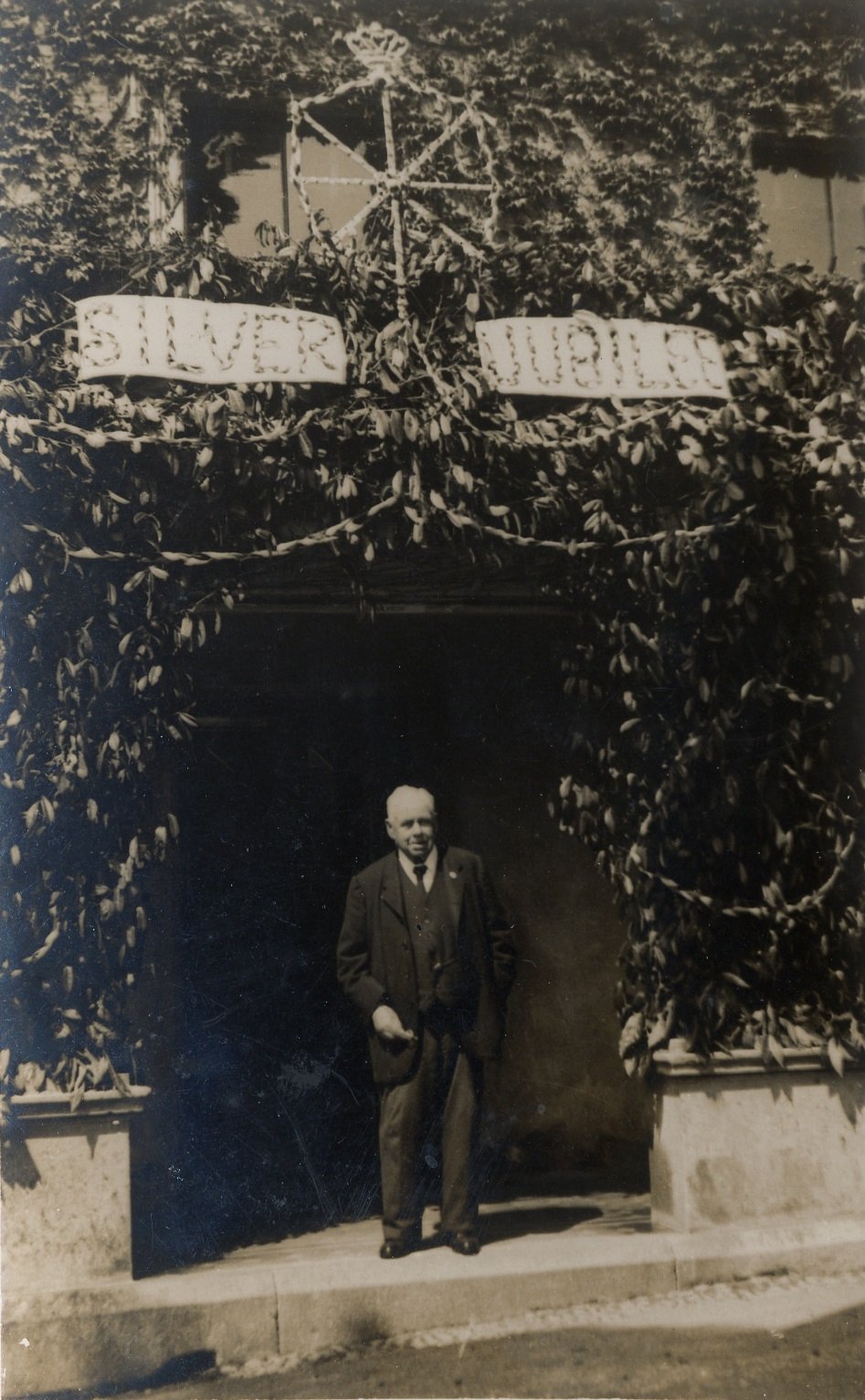 Here at the Archive we have an extensive Image Bank which includes photograph of a Mr John Andrews 1858-1939 standing outside Traine House in Modbury decorated for the 1935 Silver Jubilee of King George V.

Finally, within the archive we also have a book produced by the Kingsbridge History Society documenting the events for Queen Elizabeth II Golden Jubilee in 2002. Here are some of the highlights:

Bigbury-on-Sea – “Residents gathered opposite Folly Farm entrance on the bank holiday of Jubilee weekend, Monday, June 3rd, 2002, for the unveiling of the new Bigbury-on-Sea sign makring the entrance to the village. A very large flat rock had been mounted on top of another flat local stone, with an inscription reading, Welcome to Bigbury-on-Sea, fixed to the surface.

East Allington – “The central theme of the Golden Jubilee was live music, and the committee had arranged for a local group, the Church brothers, to delight everyone with their playing in the afternoon. The maypole, at 4pm, was probably the most amusing event of the day. The children performed magnificently – in stark contrast to the two adult groups that followed, whose antics caused great hilarity.

Kingston – “It was time to eat, seating being available for all who wanted it, while others preferred to stand and mingle. Some danced to the excellent music, tea was available – many adults brought their own liquid refreshment – there were soft drinks for the children, food was consumed, ice-cream tubs given out, and a good time was had by all. The television crew from BBC South West programme Spotlight arrived and busied themselves filming the proceedings.”

Loddiswell – “The children of Loddiswell Primary School entertained the crowd singing and playing their musical instruments, accompanied by Hilary Hudson. They sand old favourites from the past 50 years, which delighted everyone and brought back happy memories. The children in the parish of primary school age and below were then presented with commemorative mugs.” 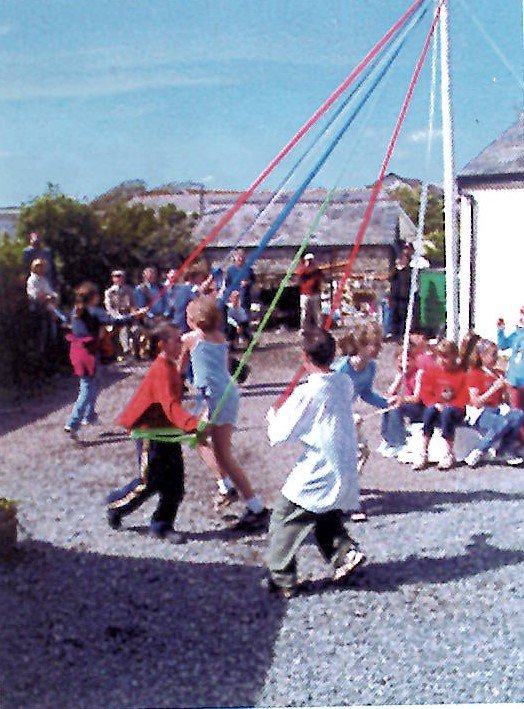