Tales from Jubilees Past: Part 1 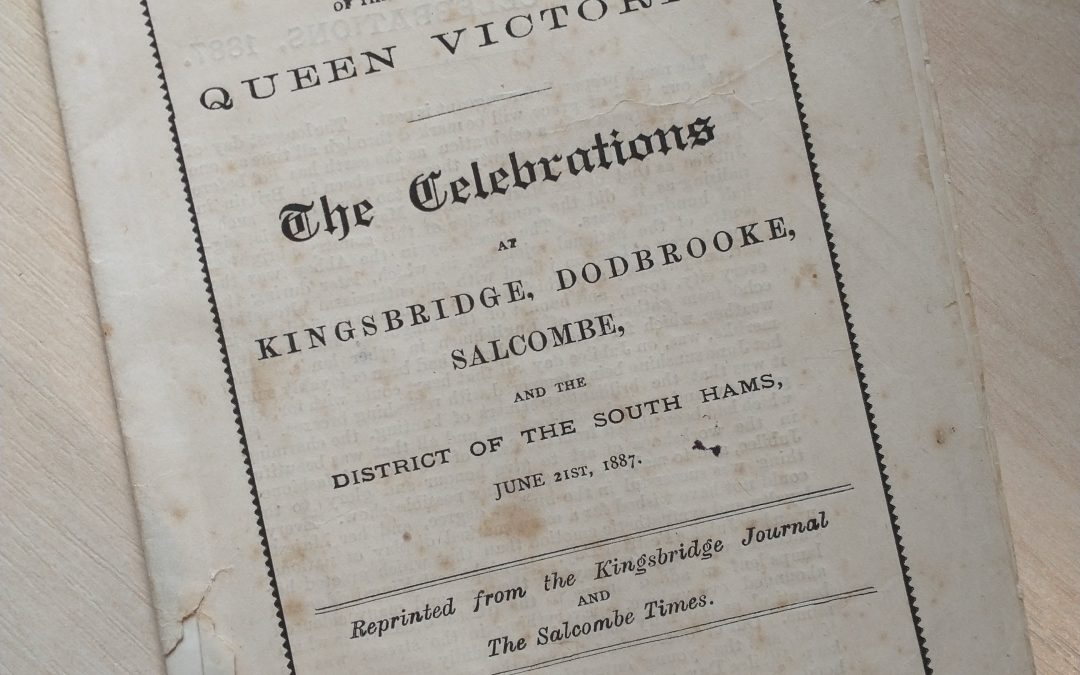 Within the Archive we have an original pamphlet documenting the celebrations in the South Hams for Queen Victoria’s Golden Jubilee on Tuesday June 21st 1887. Here are some of the more interesting extracts from the pamphlet:

Aveton Gifford – “At 5 o’clock, tea followed, admirably arranged by fair and willing hands and then the tides being high, various aquatic feats were performed from a barge moored in the river, and athletic sports were resumed, followed by dancing until 10pm when the whole proceedings closed with the National Anthem.”

West Alvington – “The puddings, 48 in number, were all made by Mrs Bell, of Preston, and all were delighted with their excellence…The very small children were not forgotten, for each child under 14 ½ received a medal, and nuts and sweets were scattered broadcast to the little ones.”

South Pool – “At half past nine the whole company adjourned to Mr Horseman’s Great Hay, to witness a display of fireworks and a bonfire. About a quarter past eleven dancing recommenced in Mr Luscombe’s barn, and was kept up with great vigour until sunrise.”

South Huish – The bonfire erected near 30 feet high, surmounted by the ensign, was lighted at 10pm and from the high ground might be seen 28 large bonfires. All South Devon appeared lighted up.. Such a scene was witnessed from half a mile west Malborough from 10 to 11.30pm was never seen before and probably never will be again.