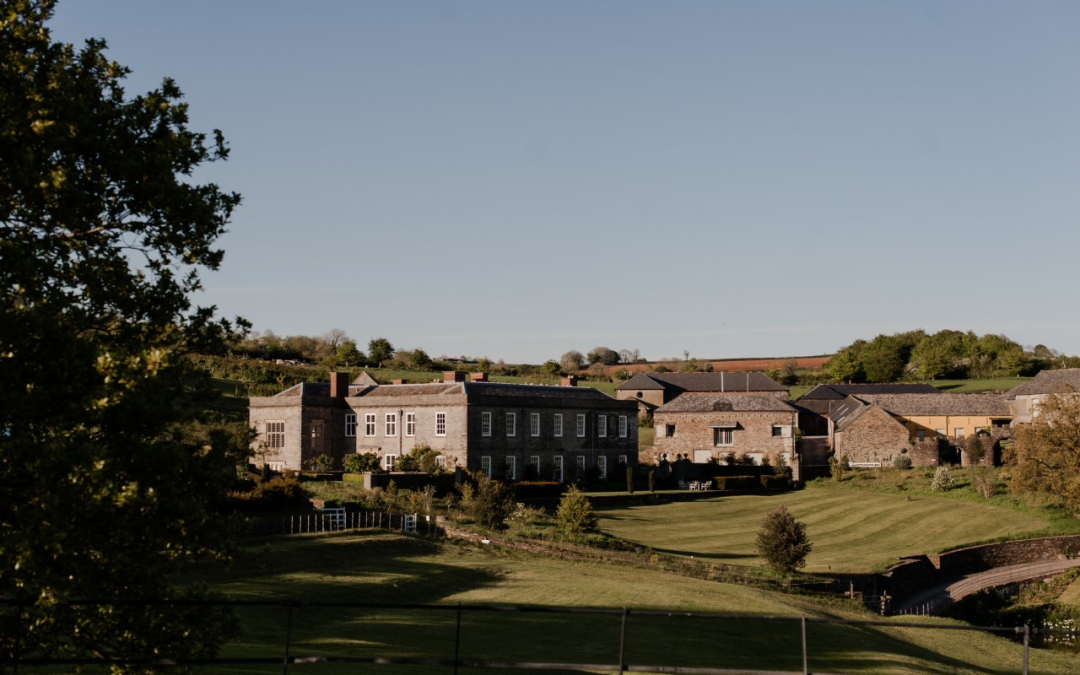 What do Shilstone House and Blenheim Palace have in common?
They have both been highly commended by the Historic Houses Restoration Award for 2020.

After a delay of more than six months while judges were unable to assess entries because of Covid-19 restrictions, the UK’s largest collection of independent heritage has announced the best restoration project of a historic house, castle, or garden in 2020.

The overall winner of the prestigious Historic Houses Restoration Award, run in conjunction with Sotheby’s, is the project to restore the cloisters at Iford Manor in Wiltshire, a Tudor house given a classical front in the 1720s, renowned for its popular gardens.

Meanwhile runner-up, Shilstone House, has been highly commended by the judges for the renovation and partial reconstruction of the manor house and grounds that has taken more than 20 years to complete.

Shilstone was purchased in 1997 by Sebastian and Lucy Fenwick who, for the past 23 years, have been meticulously restoring the Grade 2 listed property. At the heart of the site is Shilstone House, which for more than a century had been the farmhouse for the agricultural holding, and a courtyard of stone barns (16th to 19th century) set in an extensive designed landscape. At the time of purchase all the buildings were in a state of disrepair and the gardens and landscape were overgrown and had suffered extensive damage from grazing livestock and neglect. In spite of its condition there were traces that the house and its landscape had been part of an important historical site.

Keen to preserve, protect and improve the building, the Fenwicks, in harmony with the aims of their Charitable Trust, began to investigate the history of the site alongside archaeologists and architectural historians. This work was carried out with the intention that it would later support a sympathetic restoration of the existing structure and the recreation of missing elements.

A combination of archaeological excavation and geophysics revealed evidence of occupation from later prehistory to the present day. The earliest known dwelling on the site was an Iron Age farmstead, set within an ovoid enclosure, which was in use from the 2nd century BC to the 2nd century AD. Shilstone was a Domesday manor and a high-status stone hall house was in place by the 14th century and extended in both the 16th and 17th centuries. A series of stew ponds in front of this house were also adapted during the late 17th century to become ornamental reflecting pools connected by stone lined rills and cascades.

This house, however, was demolished in the early 19th century and replaced by a courtyard mansion that was greatly reduced in size only a few decades later. The grounds were found to be equally interesting and include the late 17th to early 19th century formal gardens with lawns and terraces, a walled garden with a banqueting house, and the only known 17th century Italianate water theatre and grotto in the UK and associated water gardens, as previously mentioned.

With a comprehensive knowledge of Shilstone’s past, the Fenwicks began the task of restoring the surviving parts of the early 19th century house and rebuilding, in sympathy with the existing parts, the missing section. The principle aim of the project was to recreate an appropriate house, in an authentic manner using traditional materials and techniques. On the advice of Peter Beacham, a Director of Heritage Protection at English Heritage, the Architectural Historian Christopher Rae-Scott was commissioned to design a reincarnation of the house to the scale of the original structure.

Rae-Scott’s design was to give the impression of a building evolved over a period of time; hinting at the traces of the earlier house discovered in both documentary sources and archaeological evaluation. Both inside and out, it is as if the house evolved around its inner courtyard over several centuries, from the late Tudor period through to the early 19th century. As far as possible the fixtures and fittings in each space reflect the period they are representing and add to the authenticity of this single phase remodelling. Rae-Scott also specified the use of imperial rather than metric measurements.

Local craftsmen were used throughout the project, and in fact the same small joinery team has been engaged in the work since day one. Wherever possible local materials were used in the restoration and rebuild, and to this end one of Shilstone’s abandoned quarries was reopened to provide the stone which was then all cut on site. Some of the materials were reclaimed including the Delabole roof slates which give an impression of age. The attention to detail was of great significance and the window glass was specially commissioned to emulate that of earlier centuries.

The cornerstone was laid in the year 2000, three years after purchase, and the final room in the house was completed in February 2020. Here the team of carpenters have created geometric oak panelling, designed in a 17th century style by Rae-Scott, to adorn the new drawing room. The original Jacobean panelling that survived inside the 19th century structure, which is now in the sitting room, was in a poor state of repair and was restored as part of the project. Expert plasterers, skilled in the use of traditional methods and materials were engaged to create two complete plaster moulded ceilings to Rae-Scott’s design.

The restoration has focussed on more than the house, encompassing the outbuildings, the formal gardens and the wider landscape. The project has also led to the establishment of the Devon Rural Archive, which is dedicated to the study of Devon’s buildings and landscapes. The institution is home to the artefacts and documents that tell Shilstone’s history as well as the immense collection of Christopher Rae-Scott’s drawings, which are all available for study. The Fenwicks actively encourage public access to the house and grounds, and have said, ‘we want people to appreciate the history of the site, and what it reveals about our shared architectural heritage’.

You will find dates for our guided tours of Shilstone House and garden on our events page. 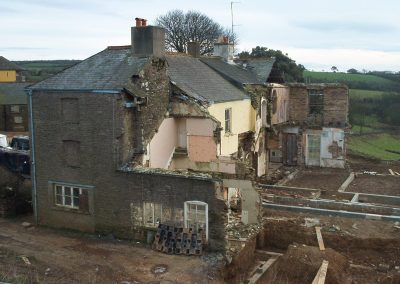 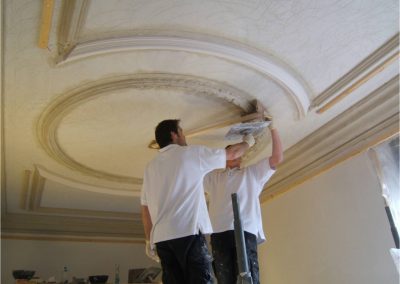 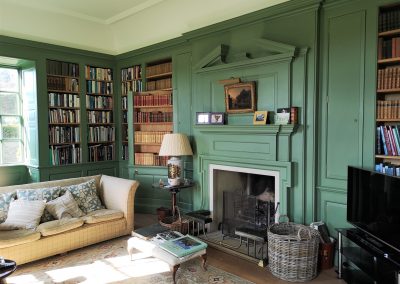 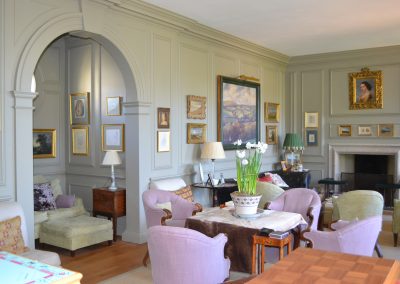