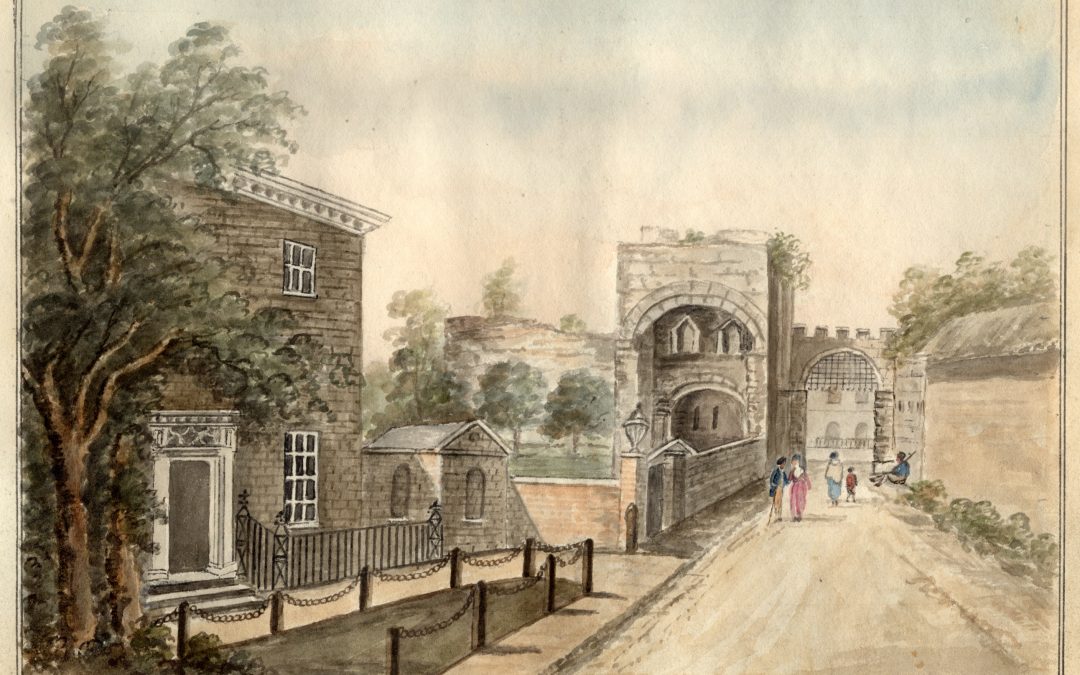 Rougemont Castle, Exeter: an overview of archaeological work, 1985 – 2016.
An illustrated talk by Dr. Stuart Blaylock on Thursday, 3rd November, 2022 at 7pm in The Devon Rural Archive.

Exeter Castle occupies the northern corner of the area enclosed by the Roman city wall and at its fullest extent occupied a total area of c.4ha equivalent to 11% of the area within the city wall. Since the late Middle Ages at least, it has been known as Rougemont and appears as such in accounts by William Worcester in 1478 and subsequently William Shakespeare. In the recent decades the castle has been the focus of multiple episodes of archaeological recording from casual observations to full scale excavation work and detailed fabric recording. These surveys have illuminated the castle’s Norman and later medieval phases, as well as its Anglo-Saxon pre-castle sequence and elements of its post-medieval afterlife. In this illustrated talk Dr. Blaylock will provide an overview of the archaeological episodes and what it tells us about the origins, growth, nature and extent of this castle.

Dr. Stuart Blaylock is an archaeologist and buildings historian. He holds a B.A. in Ancient History and Archaeology from the University of Birmingham (1978) and a Ph.D. in Near Eastern Archaeology from the University of Swansea (2005). Since 1980 he has worked extensively in the Near East and pursued a parallel career in the UK. Stuart was an honorary fellow of the BIAA 1995–98, and was elected a Fellow of the Society of Antiquaries of London in 2005 and held a Senior Fellowship at Koç University’s Research Centre for Anatolian Civilizations, Istanbul in 2010–11. More recently he has co-directed rescue excavations jointly with the Batman provincial museum at Gre Amer on the Garzan tributary of the Tigris, with Dr Gül Pulhan (2009–2019) and in 2020 was appointed as a BIAA Honorary Research Fellow.

Picture above: a watercolour sketch looking towards Exeter Castle, by John Savery of Shilstone, painted c.1810.

Tickets are £5 each, and must be purchased in advance.
A Season Ticket to attend all 11 lectures in our 2022 programme is also available in our online shop.
Please note that payments are non-refundable.

Doors open at 6:30pm for complimentary refreshments and a chance to explore the Archive.
Before visiting the Archive, please see our current guidance about attending face-to-face events during the pandemic.

To purchase a ticket please use the button below. Alternatively you can call us on 01548 830832 or email office@dra.uk.net; you will need to supply a valid phone number and email address for our records. By purchasing a ticket you will be subscribing to the DRA Friends mailing list and will receive regular updates about our work and events, but you can unsubscribe at any time.