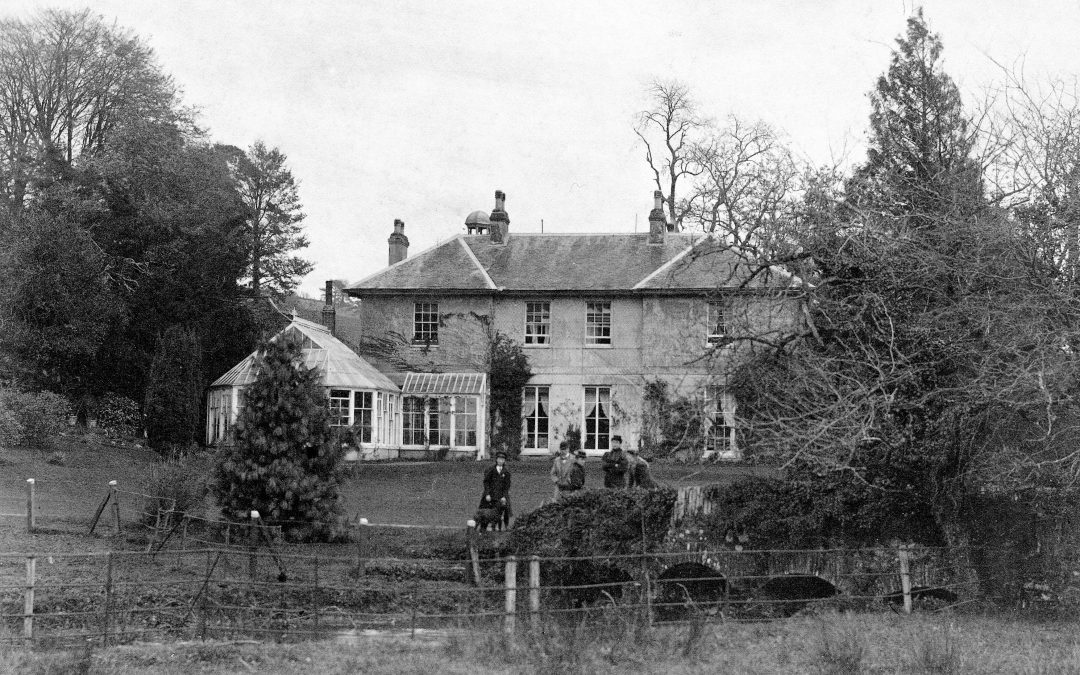 In February 2021 our blog reflected on the research of our Curator, Abigail Gray, into the history of Sandwell Manor in Harberton which she had surveyed as part of Project Donn. This Grade II listed country house is of late Georgian construction, with some mid to late Victorian alterations, but is on the site of a much earlier dwelling. The on-site survey was combined with an extensive study of historic documents, maps and photographs to build a picture of how the property had developed.

The earliest picture we had was from c.1925 and showed the house at a distance from the south-west so you will understand our excitement when this old photograph of Sandwell Manor, from a different angle, was discovered last week. It was donated to the Archive amongst a large collection of historic pictures that are destined for our Image Bank. Abigail recognised the view of the western façade, with its octagonal glasshouse, instantly and got straight on the phone to the owners of Sandwell. Prior to this discovery the glasshouse was known only from the surviving stone footings and checkerboard floor and the late 19th / early 20th century map evidence.

Based on the clothing of the group in the foreground the picture is thought to be of late Victorian date. By 1890 the Hon. Mrs Jervoise Smith (Margaret Louisa, the widow of Jervoise Smith M.P. for Penryn from 1874 – 1884) was living at Sandwell with her daughter Dorothy Anne Smith, could this be them?

The full report on Sandwell Manor is available to read in our library. 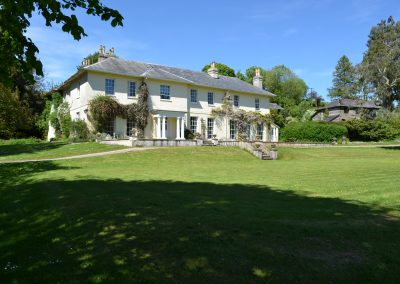 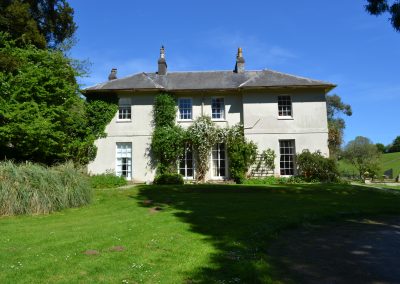 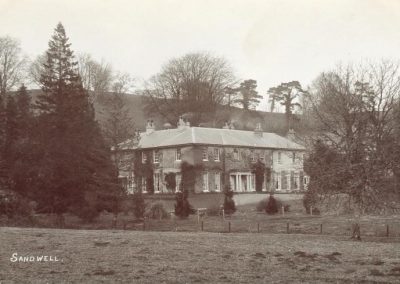