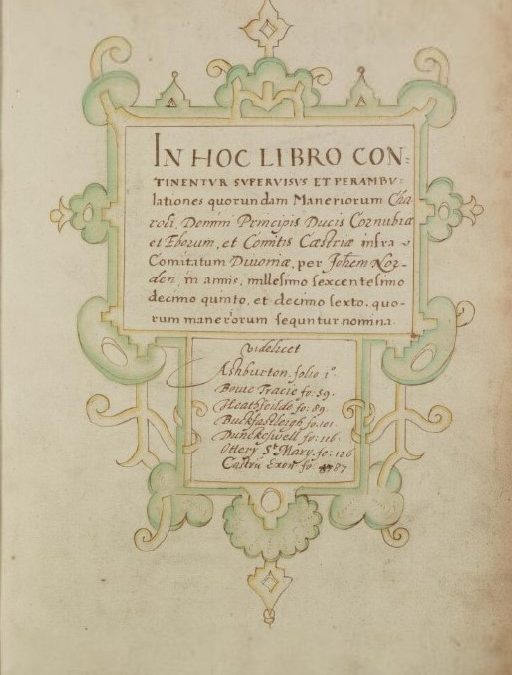 The Archive is a partner organisation in the Friends of Devon’s Archives (FODA) project about the early 17th century survey of crown lands by John Norden.

In 1612 James I appointed John Norden as surveyor of the King’s lands in several counties, including Devon. He attended local courts, examined records and physically inspected the ground to compile a register of holdings, tenants, values and obligations along with some other details. The manuscript, which is written in a mixture of Latin and English, covers Ashburton, Bovey Tracey, Bradninch, Buckfastleigh, Dunkeswell, Exeter Castle, Heathfield and Ottery St Mary.

Since 2019 volunteers have been busy transcribing and translating the text. This stage of the project is nearing completion and they are now researching the areas to build a picture of the landscape and local communities in the 17th and earlier centuries. The project has been funded by a grant from the National Lottery Heritage Fund. The manuscript is held by the London Metropolitan Archives and available online here.