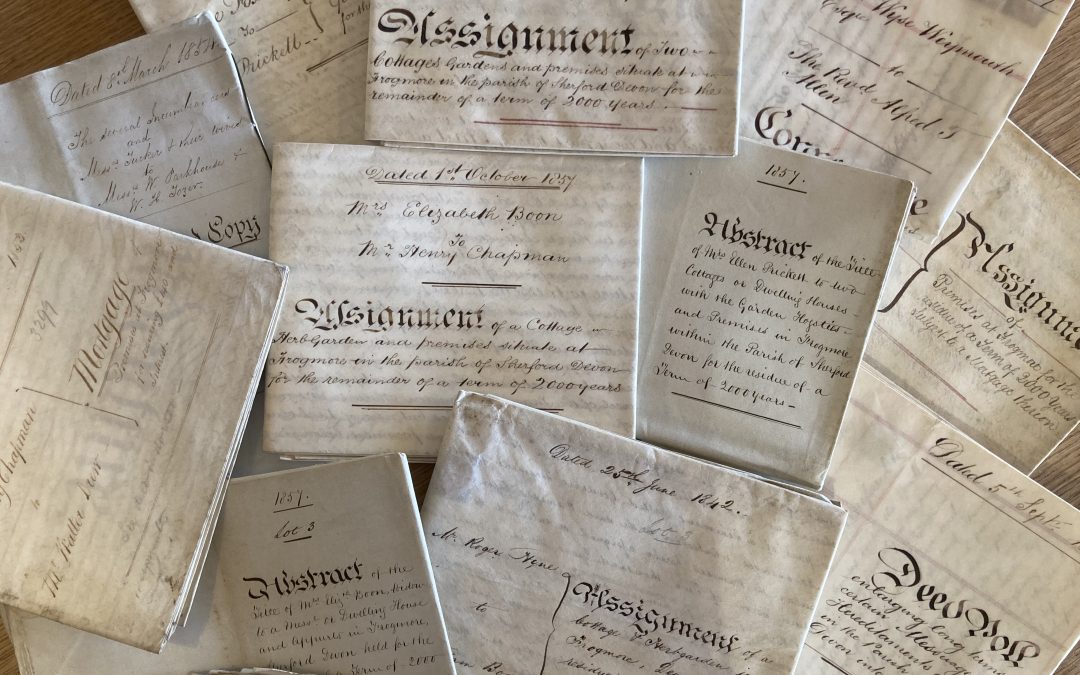 In our March ’22 newsletter you may have read about the recent donation of a bundle of 19th century documents relating to buildings in the village of Frogmore in the South Hams. These records cover the period from 1811 to 1899 for several cottages, or dwelling houses, barns, hogsties, gardens and orchards.

Some of the properties appear to be known as Goodyears Tenement and were formerly part of the Manor of Keyneden whilst for others there are only descriptions of their environs just like the following extract.

Many people (owners and tenants) are recorded in the documents and we have begun to compile a list of these below:

Accompanying these documents was paperwork sent to the owner in 1965 by the Rural District Council of Kingsbridge under the Housing Act 1957, declaring each of the houses ‘unfit for human habitation’ and listing the issues. The principle reasons for the notice include cracked plaster, perished rendering, extensive rising and penetrating dampness, and in most cases unsatisfactory sanitary conveniences.

Our volunteers are cataloguing these documents and will then transcribe the contents.
If you would like to view the documents please do get in touch.