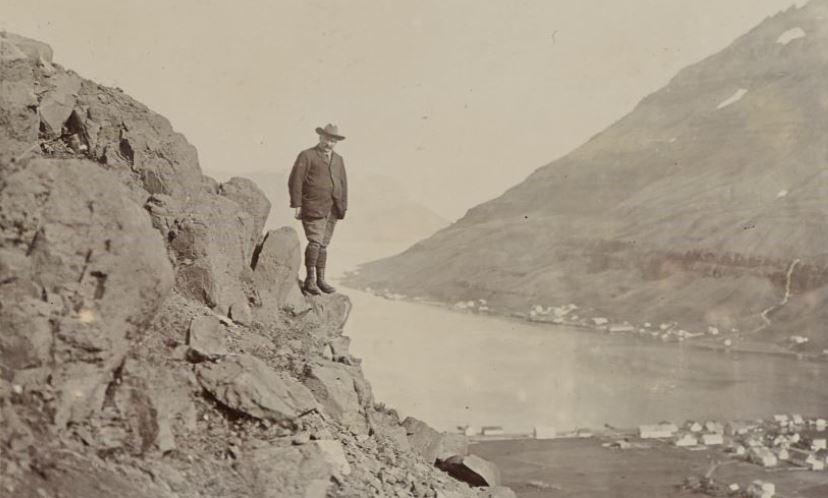 The Icelandic Adventure of a Teignmouth Sea Trader.

In 2016, a set of scrapbooks was rediscovered in the stores at the Devon Heritage Centre that had been made by Pike Ward to record his extraordinary life in Iceland between 1893 and 1909. The pages were full of photographs, articles, telegrams that painted a rich picture of life in Reykjavik and the remote Icelandic fishing stations at the turn of the twentieth century.

This display follows Pike’s trail and reveals an intriguing character trading tenaciously on the edge of the Artic, witnessing the rebirth of a nation and forging an unexpected identity.

This exhibition is on loan from the South West Heritage Trust until the Autumn and is open on Mondays, Tuesdays and Thursdays between 11am and 3pm. Entry is free.

You may also be interested in the following evening lecture:
Icelandic Adventures of Pike Ward of Teignmouth
By Katherine Findlay
On Thursday 1st September 2022 at 7pm.

Katherine rediscovered Pike Ward’s forgotten diaries and photographs and wrote a book about his adventures.