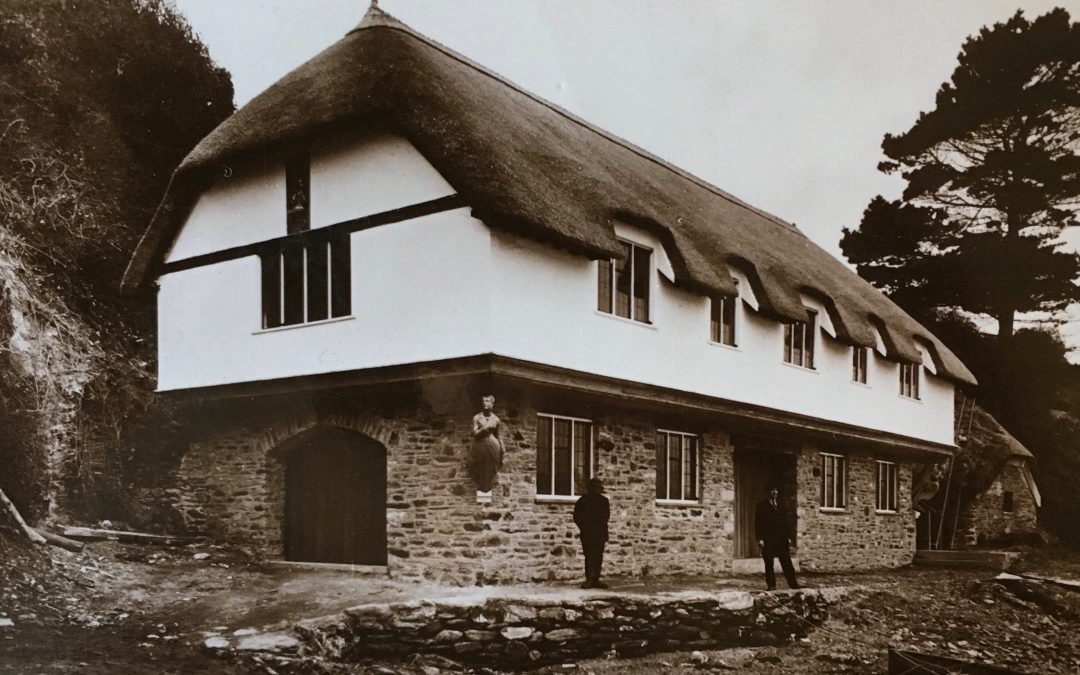 A ‘striking’ structure on the River Avon.

In August, six seaside heritage sites were granted listed status by the Department for Digital, Culture, Media and Sport (DCMS) on the advice of Historic England. One of the sites, listed Grade II, was Coronation Boathouse at Bantham Quay, just down the road from the Archive on the estuary of the River Avon, and within the South Devon Area of Outstanding Natural Beauty.

The building was designed by John-Baptiste Sebastian Comper for Lieutenant Commander Charles E. Evans RNVR, who owned the village of Bantham and its surrounding area, to commemorate the 1937 coronation of King George VI in 1937.

The building has been described by Historic England as a rare survival of a ‘striking boathouse’ that ‘despite some modern flourishes, (…) draws on historic design elements such as Elizabethan traditions and maritime themes, uniting local materials and building traditions with early 20th century, high-quality craftsmanship. The next-door store building is also listed at Grade II, with its thatched roof and stone walls making it a well-preserved example of the buildings that once were commonplace across the coastal landing places of Devon and Cornwall.’

To read more about the history of Bantham Quay and Coronation Boathouse, along with its listing, please click here.

In 2019 the DRA was given exclusive access to the photograph albums of a member of the Evans family and the pictures were scanned into our Image Bank. In recognition of the new listed building status awarded to the boathouse we have selected some to share with you, including a special photograph of the architect next to the boathouse!

Bantham Quay before the Boathouse 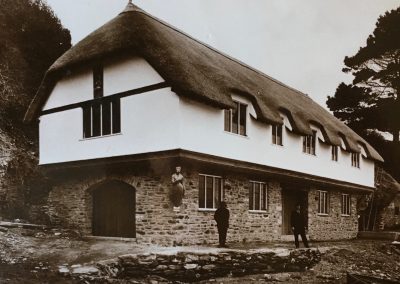 J-B Sebastian Comper at the Boathouse

View from the boathouse

Taking out the Salmon net

Members of the Evans Family on the River

Bantham Quay with the boathouse

Join the DRA Friends to receive the latest news from the archive
as well as details of our events and exhibitions by email.