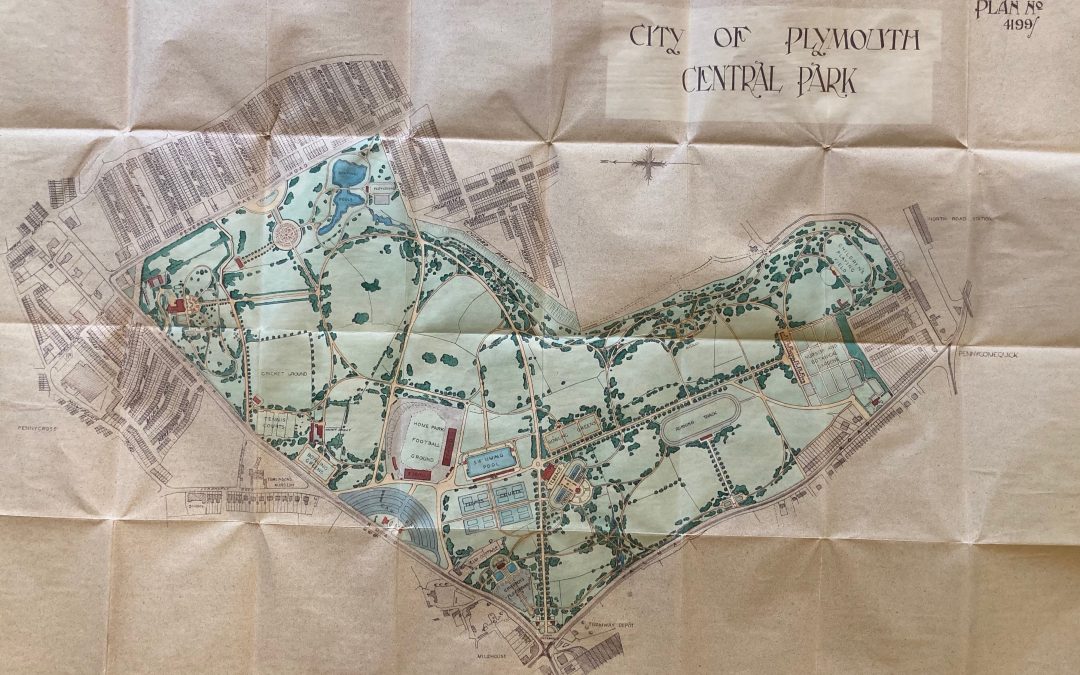 A park for recreation.
The Archive recently received a c.1928 plan for Central Park in Plymouth.

At first glance, the item looks like a history book, but when fully opened you discover a A1, linen-backed plan for the city’s proposed recreation area. The plan is similar to the one published in the programme for the opening of the park in 1931, but this one has been hand coloured, and is marked as being ‘Plan No. 4199’.

During the 1920s the City Council began to provide leisure facilities for the growing urban population and embarked on a number of projects that would support active recreation within Plymouth. As part of the scheme the council purchased more than 230 acres of farmland for the creation of a new park that would be ‘a major lung for the city’. It was to have provision for cricket, tennis, swimming and golf as well as having playing fields, playgrounds, bowling greens, gardens and an informal park.

The City Council commissioned landscape architects Thomas H. Mawson and Sons to prepare a plan for the park in 1927; they were the pre-eminent firm in the late Victorian and Edwardian period for the creation of gardens, parks and civic landscapes in the UK. The plans were endorsed by the Hoe and Parks Committee, and the City Council obtained a loan from the Ministry of Health for £92,639 for laying out the park. Work began in 1930 and the park was formally opened on 29th July 1931, although most of the features were still to be built.

Mawson’s surviving drawings are held by the Cumbria Record Office, however, it is believed that his involvement with Central Park ended in 1928. Interestingly, our copy of the plan, just like the one published in the programme for the opening ceremony, bears the name of ‘J. Wibberley, City Engineer, Surveyor and Architect’, yet it is considered to still be in Mawson’s house style.

The coloured plan is available to view here at the Archive upon request. 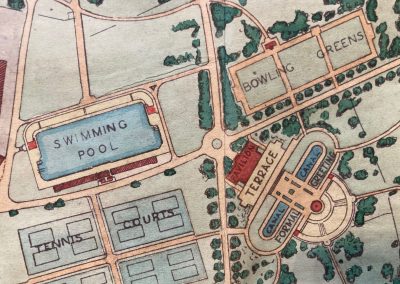 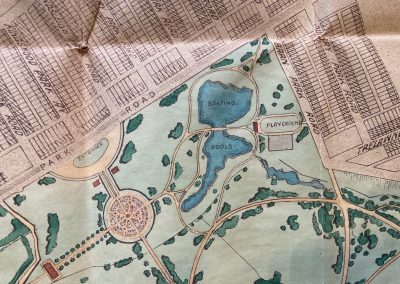 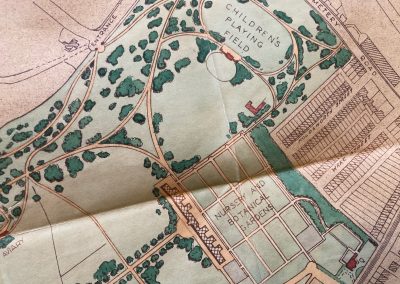 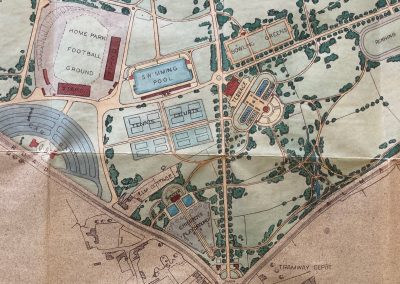 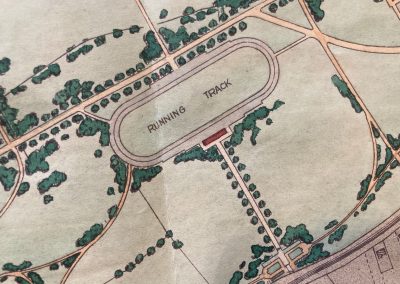 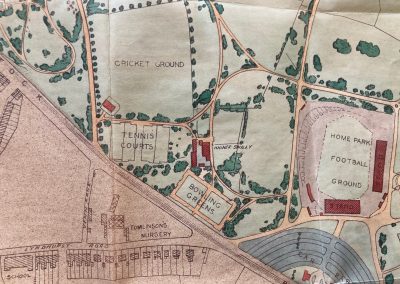 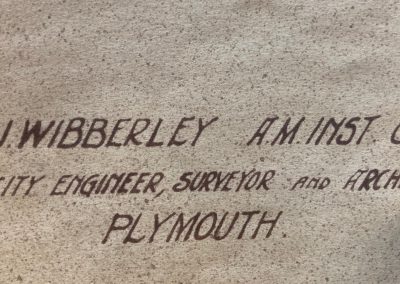 Join the DRA Friends to receive the latest news from the archive as well as details of our events and exhibitions by email.