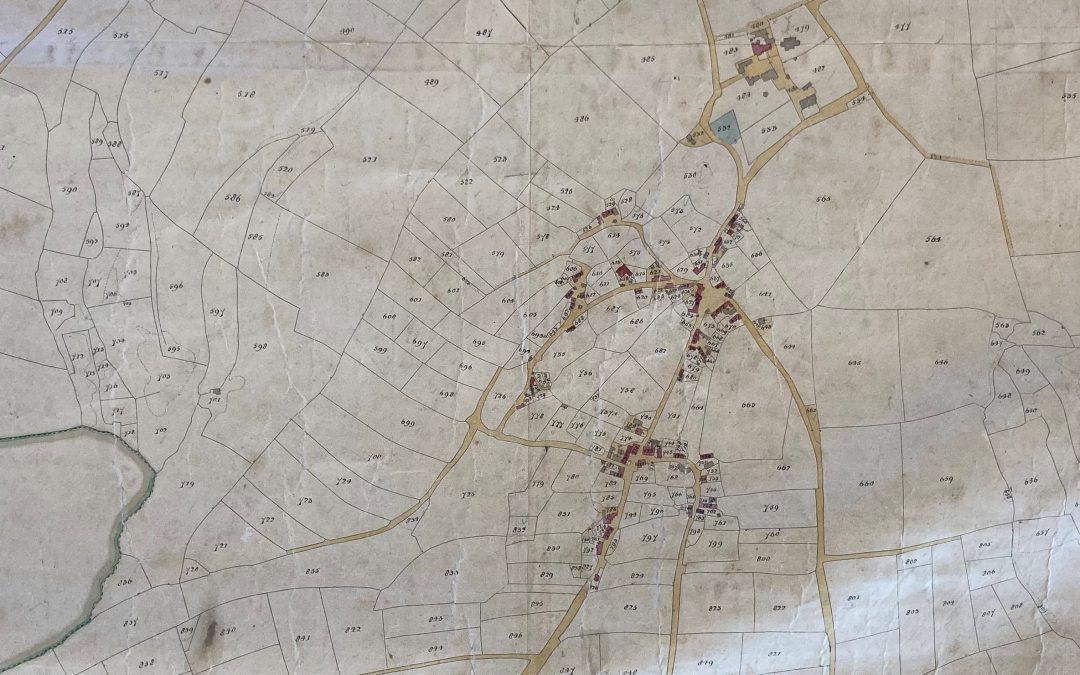 This copy of the Bigbury Tithe map from 1843 was recently donated to the Archive for safe keeping along with a transcript of the apportionment that was written in 1930.

The National Archives explains:
“Tithes were originally a tax which required one tenth of all agricultural produce to be paid annually to support the local church and clergy. After the Reformation much land passed from the Church to lay owners who inherited entitlement to receive tithes, along with the land. .

By the early 19th century tithe payment in kind seemed a very out-of-date practice, while payment of tithes per se became unpopular, against a background of industrialisation, religious dissent and agricultural depression. The 1836 Tithe Commutation Act required tithes in kind to be converted to more convenient monetary payments called tithe rentcharge. The Tithe Survey was established to find out which areas were subject to tithes, who owned them, how much was payable and to whom.

The primary function of the tithe maps is to provide a graphic index or visual means of reference to the apportionments. Each piece of land liable to tithes was depicted and given a plot number, unique within that parish, by which it could be identified in the apportionment.

Tithe maps are usually manuscript, and are often earlier in date than the earliest Ordnance Survey maps. They may show details such as boundaries, roads, waterways, buildings and woodlands. Occasionally they show other details such as hedges, field names, mines and factories.”