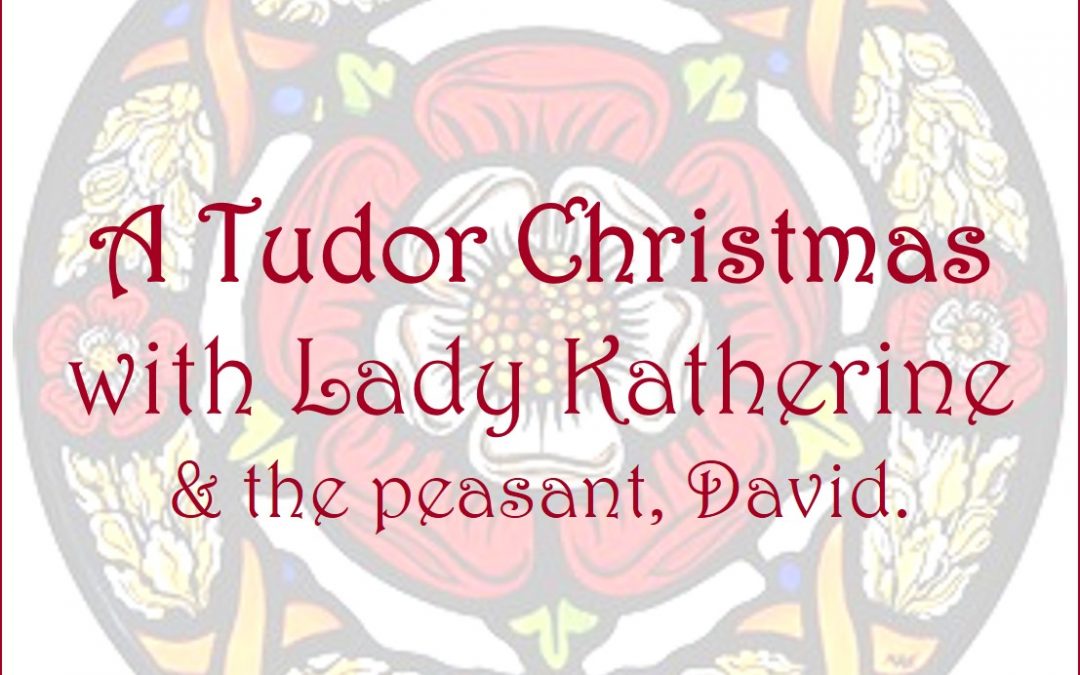 A Tudor Christmas with the Lady Katherine & her Peasant.
An illustrated talk by Rosemary Griggs on Thursday, 7th December, 2023 at 7pm in The Devon Rural Archive.

Appearing in full period costume as Katherine Raleigh, mother to Sir Walter Raleigh, speaker and award-winning author Rosemary Griggs brings the festivities, feasting and fun of a Tudor Christmas to life in a lively presentation interspersed with songs from the peasant, David. Travel back in time as a guest invited to join Sir Philip Champernowne’s Christmas feast at his home, Court House, in Modbury and discover the etiquette, the menu and the customs of the twelve days of a 16th century Christmas.

Rosemary Griggs is an author and speaker who has been researching Devon’s history for many years and has discovered a cast of fascinating characters and an intriguing network of families whose influence stretched far beyond the west country. She loves telling the stories of the forgotten women of history – the wives, sisters, daughters, and mothers who stood behind more famous men.

David Griggs has been involved in the world of English Folk Song all of his life and was a member of the well-known Exeter based Folk Group Isca Fayre in the 1970s.

Rosemary’s novel, A Woman of Noble Wit is set against the turbulent background of a Devon rocked by the religious and social changes that shaped Tudor England; a Devon of privateers and pirates; a Devon riven by rebellions and plots; A Woman of Noble Wit tells how Katherine Champernowne became the woman who would inspire her famous sons to follow their dreams. Her next novel, due out in 2023, will follow the life of another woman who spent much of her life in Devon and once again will feature many well-known Devon locations. Rosemary will have her quill pen at the ready to sign copies of her book.